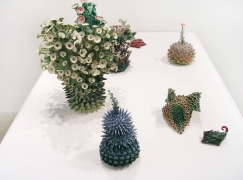 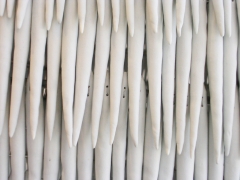 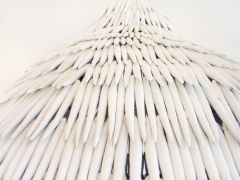 The exhibition titled Speculative Zoogeny contains a group of ceramic sculptures recently seen at the Garfield Park Conservatory Desert House. Having earned a bachelor of fine arts degree, working four years in printmaking, and ten years in graphic design, she was introduced to clay when it quickly became clear that this was the medium she would go to and stay with.

The ceramic sculptures on view here are inspired by diverse life forms that have either existed and are extinct or that exist today or may or may not exist in the future.  Garofalo is intrigued by the similarities in shapes of life forms from land, sea and air, macro or microorganism and macro or microcosm.  The diversity of life forms that have existed and the staggeringly improbable series of events leading up to homo sapiens suggest that contingency ruled, and rewinding and replaying the tape of life may not necessarily lead back to us. Life exists neither for us nor because of us, as we have generally been led to believe.

Neither representational nor recognizable, Garofalo’s work explores the unpredictable, the unrepeatable and the accidental potential of form in an emergent evolution. This installation becomes its own ecology—a “playground of contingency”—presenting a subtle reminder of our responsibilities as the single most dominant species on Earth today. 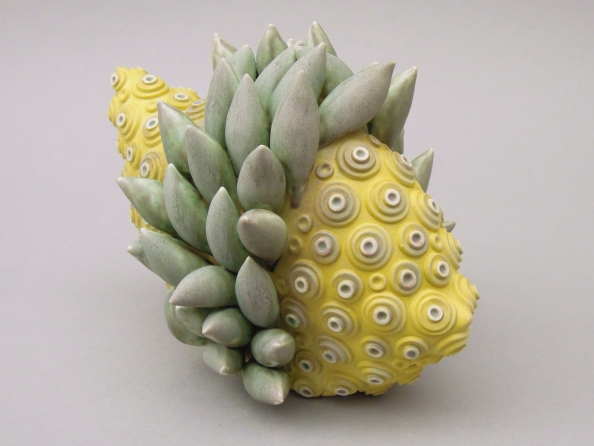 Chris Garofalo
Back To Top