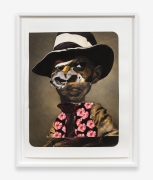 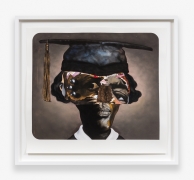 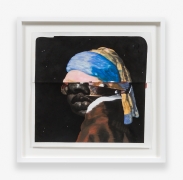 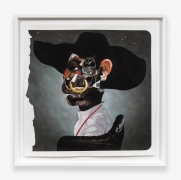 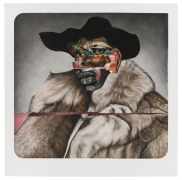 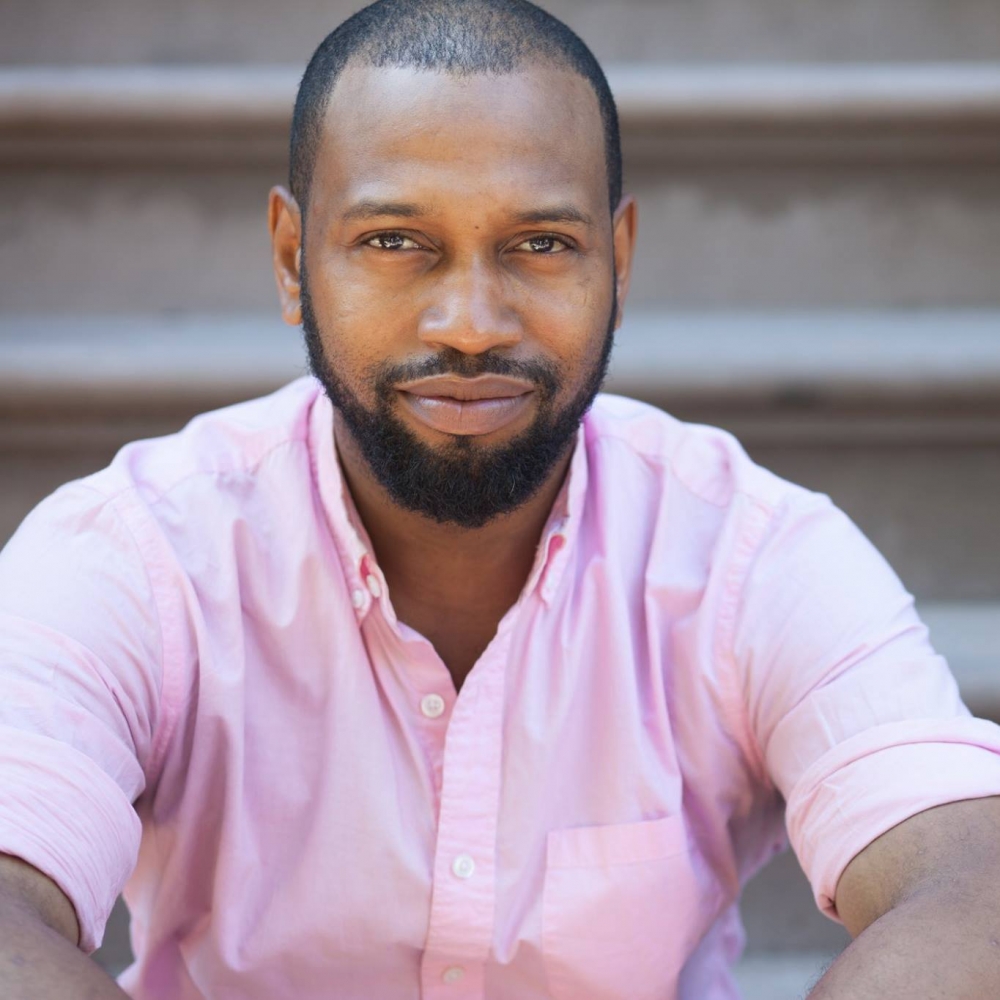 Nathaniel Mary Quinn (b. Chicago, 1977) creates hybrid, fractured portraits on paper and linen using charcoal, gouache, pastel, paint stick, and oil paint. His works are replete with art historical references to Cubism, Surrealism, Francis Bacon, and others, yet his process is also very personal, drawing from his memories, experiences, traumas, and family history growing up in Chicago’s Robert Taylor housing project. Nathaniel Mary Quinn balances the beautiful with the grotesque, the sinister with the benevolent, capturing the complexity of human emotion in a way that is individual and also representative of the human condition.

Nathaniel Mary Quinn has exhibited at galleries and institutions internationally. Recent solo exhibitions include Half Gallery, New York; Luce Gallery, Torino, Italy; M + B Gallery, Los Angeles; Rhona Hoffman Gallery, Chicago; Bunker 259 Gallery, Brooklyn; Pace Gallery, London, England; and the Museum of Contemporary African Diasporan Arts (MoCADA), Brooklyn, New York. He has also been featured in the group exhibitions at Artist Space, New York; The Bronx Museum of Arts; Albertz Benda, New York; Satori Gallery, New York; Susan-Inglett Gallery, New York; and Driscoll Babcock Gallery, New York; and in A Process Series | Here He Come: Black Jesus, curated by Jessamyn Fiore, Rawson Projects, New York. His work has been reviewed in numerous publications, including the New York Times, The Independent (London), AFROPUNK, the Chicago Reader, The Daily News, The New York Times, Huffington Post, and Time Out New York. He is the recipient of the Lorraine Hansberry Artistic, Performance, and Fine Arts Award and a two-time winner of the National Arts Club Prize. Quinn is included in the public collections of the Art Institute of Chicago, the Sheldon Museum of Art, and the Whitney Museum of American Art, among others. Nathaniel Mary Quinn, a native of Chicago, received his BFA from Wabash College and his MFA from New York University. He currently lives and works in Brooklyn, NY. 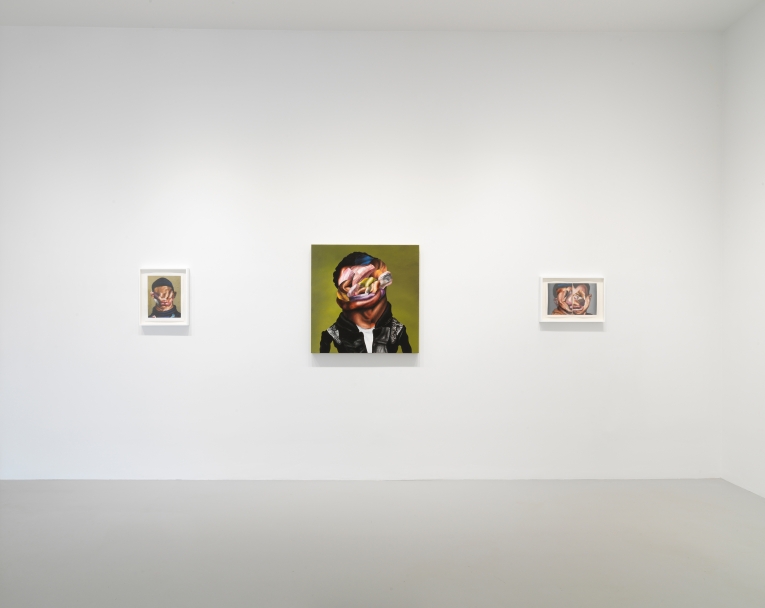 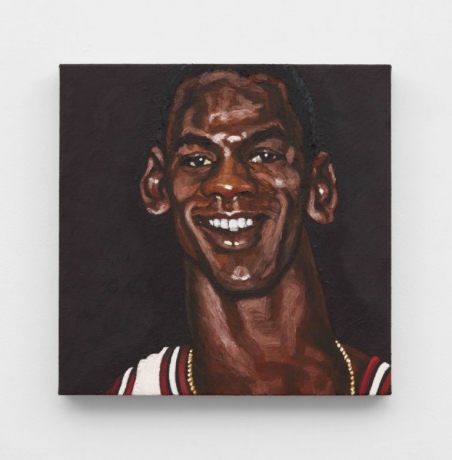 Inspired by the recent Netflix Documentary, The Last Dance, which follows the Chicago Bulls' 1997-'98 season, journalist Cason Sharpe investigates the aesthetic and cultural legacy of Michael Jordan. Sharpe features a 2018 Nathaniel Mary Quinn portrait entitled, Jordan, and discusses its departure from the artist's signature style of Francis Bacon-esque distortions. Quinn's portrait of Jordan is painted with an "admiration that’s evident in the cartoon-like exaggeration of Jordan’s jawline and neck, with the white gleam in his eyes echoing the white of his handsome smile." 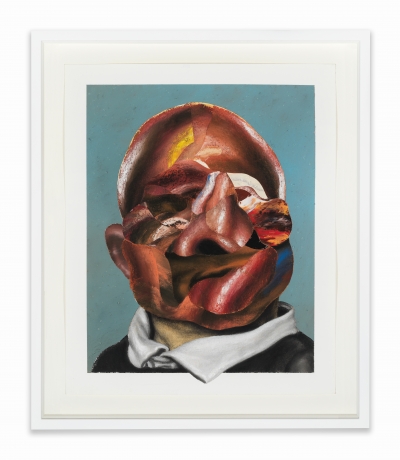 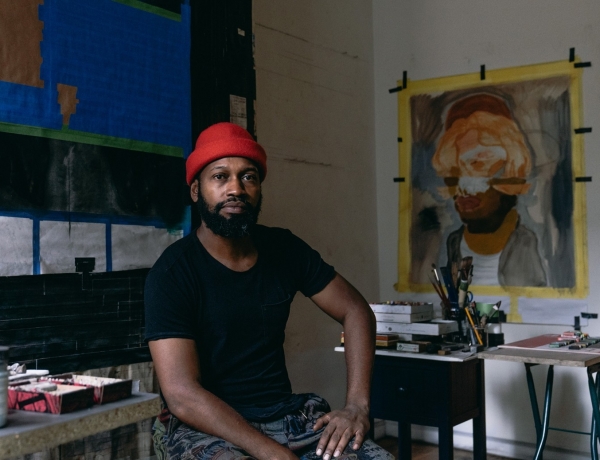 Nathaniel Mary Quinn's Paintings Show the Depth of Humanity: From growing up in Chicago's housing projects to showing work at Gagosian, the artist shares his eclectic journey

A studio visit and interview with the artist on the occasion of his Gagosian Beverly Hills show, Hollow and Cut. 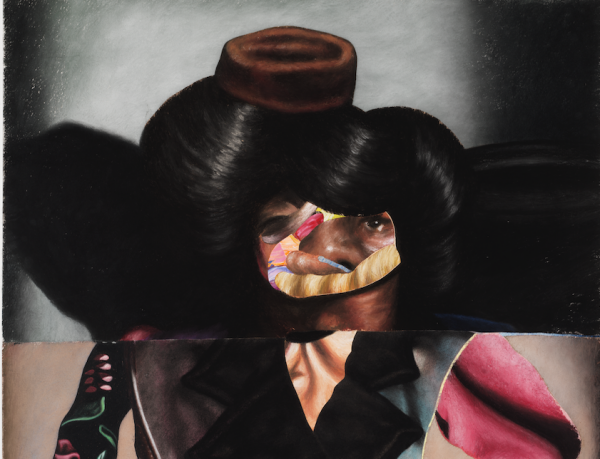 An interview with the artist on the occasion of his Gagosian Beverly Hills show, on view until October 19. 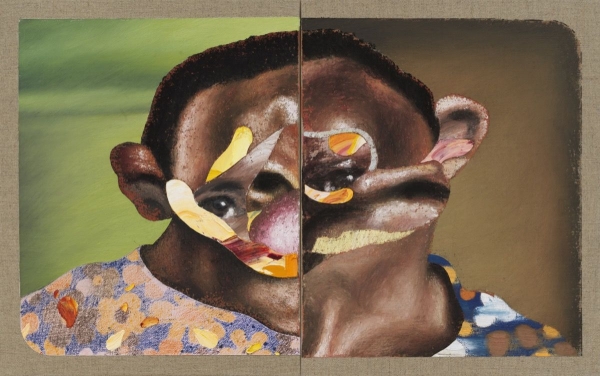 Quinn discusses the psychology behind his portraits in the exhibition Hollow and Cut, on view at Gagosian in Beverly Hills through October 19. 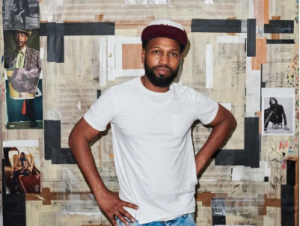 Culture Type: In an Interview Coinciding with His First Exhibition at Gagosian, Nathaniel Mary Quinn Tells Anderson Cooper: ‘My Paintings Come to Me as Visions’ 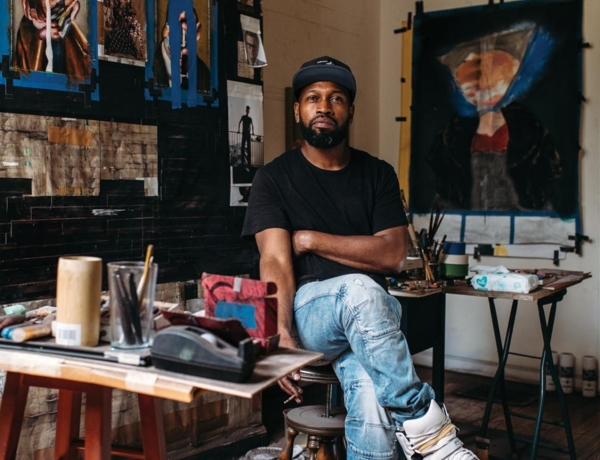 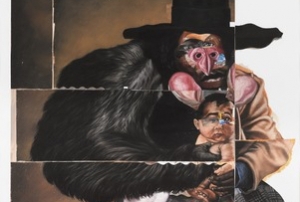 Review of the latest event in the Brooklyn Museum’s regular series “Breaking the Canon,” which addresses the institution’s collecting of African-American art.

artnet news: ‘History Is Dictated by Where You Stand’: Nathaniel Mary Quinn on Using His Neighbors as Subjects for Heartrending New Portraits

Interview with the artist in light of his newest exhibition The Land at Salon 94. 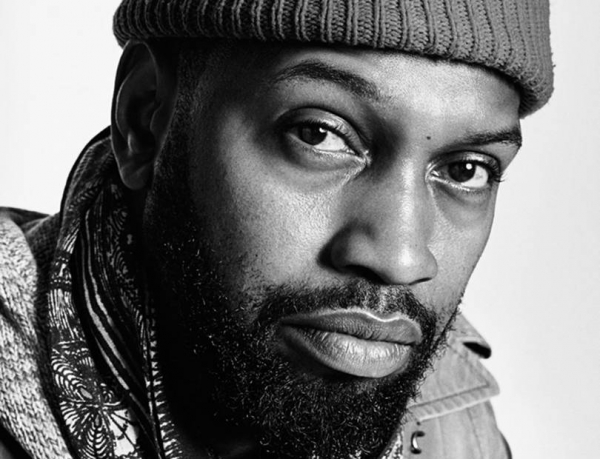 Vogue: Nathaniel Mary Quinn On Painting The Politics Of Race In America

Review of Soundtrack at M+B gallery.